3 things not to do in online dating—If you like the girl.

So, this is a different type of post than I normally do, but this has been on my mind lately. I have been doing the online dating thing for two years now, and I have to admit I am getting pretty worn out. It shouldn’t be easy to find someone to spend forever with. I get that. Fellows, there are some consistent problems I’m noticing with your dating style, though. After this little PSA let’s see if we can’t solve that.

1) Stop blowing up the girl’s phone.

Gentleman. We are not new toys. When you text us constantly only to ask stupid questions like, “What’s your favorite ice cream flavor?” You look like a puppy that’s just learned how to play fetch. Not attractive whatsoever. Be patient and very careful about how often you text a girl in the beginning. My recommendation is before you start having texting conversations with a girl ask her if she’s ok with it. From what I’ve seen bonds start to form over texting conversations and I think you all get the wrong idea. Just because we keep texting you back does not mean we are into you. It just means we feel guilty not replying. We will let you know when we are into you.

Never text a girl things like, “I miss you!” “I’m so lucky I found you.” Especially don’t text this to her before you know her last name. You look like a damn fool!!! 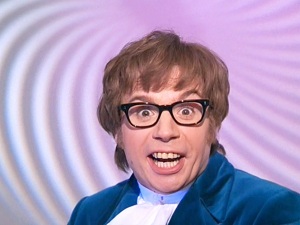 Yes this is what I think of guys who text me that type of nonsense too early.

When you get mushy before you’ve even been dating a month you come off as disingenuous and overly eager. Chances are we will dump your ass because we can see right through the act. You really just want to sex us up and have no real interest in getting to know us.

It’s perfectly natural to have the butterflies. Don’t be so nervous that you talk about yourself constantly, though. I went on a date where the guy spent 4 hours with me, never bought me coffee or a meal, and at the end of it new nothing more about me then the mission work I had done in Haiti. Here’s a tip. Particularly with in the first 5 dates, more than 15 minutes is probably too long to spend on one topic. Be ready to change it up, or hell, do what we do, excuse yourself to the bathroom for a few minutes so both of you have time to catch your breath. And most of all guys please remember we are human too, not treasure found in the cave of wonders. I think remembering that might help you to be less nervous.

It is with a heavy heart that I am writing you, to inform you of the passing of a great man. and dear friend. Last night, at about half past ten, President Abraham Lincoln was shot while attending a performance of Our American Cousin at the theater. I was hopeful that after General Lee’s surrender at Appomattox, just days ago, that we had seen an end to this violent and bloody war. The events of last night, though, serve as a brutal reminder that we still have many hurdles to overcome before we can again be one nation under God. I must admit I feel partially responsible for what occurred yesterday. Let me see if I can clarify for you what transpired.

I was informed early on the morning of the fourteenth that Mr. Lincoln would be in attendance that evening. I then informed Mr. Booth, who would be playing the main character, of the attendance of the president. He grunted with disdain. When I asked him of his objection he avoided the question and continued to prepare for the evening. His reaction was odd, but not knowing of his sympathy toward the southern cause, I dismissed his attitude as a nasty hangover. In hindsight I was wish I had known. I might have been able to act.

The day passed quickly into the evening. Mr. Lincoln did not arrive till about half way through the show. This did not bother the ushers or I in the slightest, though. Upon the president’s arrival I heard a young boy from the crowd cry, “Mr. President.” “Hail to the chief,” exclaimed the audience as the orchestra began to play for the President. In that moment there was an energy present in the theater that I had not felt since before the war began. The people finally had hope again. The president graciously smiled and sat.

The show continued as usual, with nothing noticeably different from any other performance. As the closing lines of the show approached I looked back into the wings of the stage and noticed that Booth was gone. I motioned for Jonathon, our head usher, and asked, “Where’s Booth gone to?” “Look he’s heading into the presidential box. The president must have asked to see him.” Moments later the sound of gunshot was heard. Jonathon and I ran to see if we could help. “The doors been barricaded,” one of the president’s security detail informs us.

We finally got the door open and the next thing we saw was Booth jumping from the balcony. He hit the stage and shouted “Sic semper tyrannis.” He then proceeded to run off stage. We can hear a loud standing ovation. The audience still thinks, at this point, this all part of our show. Mrs. Lincoln begins shouting, “Stop him!” This is when the audience realizes what has just occurred.

Chaos ensues in the audience as their standing ovation turns to terrified screams. I try to comfort Mrs. Lincoln. “He’s not going to make it,” she sobs. Jonathon gently turns to her and says, “He could not die in better company.” He was, of course, referring to the picture of George Washington placed on the balcony of the presidential box. This was the president’s favorite touch, as Washington reminded him of the type of leader he aspired to be, courageous and decisive.

The president is immediately rushed out of the building. “Get him to a bed,” one of them says. “There’s a doctor living across the street,” another shouts. I’m not sure of the details after he was taken inside Dr. Petersen’s house. All I know after that is that at about twenty after seven in the morning we were informed by Dr. Pertersen of his passing. “We did all we could to recitate his heart, but the wound proved mortal, going very deep behind his left eye.” We are still stunned. A few days ago a peaceful future seemed so secure, and now who can say.

I know at a time like this words are weak and in vain, but I hope that my account of the details may help you to make sense of what has just occurred. Be careful upon your return, as Mr. Booth is still at large. I understand from whisperings that he may try to meet up with President Davis for one final confederate insurgence. I will look forward to meeting with you upon your return.

Thanks for indulging me readers. I Thought I would have a little more fun with this post.

A huge thanks to the wonderful staff at Ford’s theater for a great experience at the 150th anniversary of Lincoln’s assassination. If you are interested in visting Ford’s theater check out their website http://www.fordstheatre.org/splash. And don’t miss their run of Freedom Song, May 13-20th.

On my recent visit to Haiti I had the great fortune of meeting a wonderful woman named Polyana. She runs a real dump of a bed and breakfast….Allow me to me explain the joke. The entire place is constructed out of trash that she has found in the street.

There is no infrastructure in Haiti for trash pick up or recycling. Rather than allow her country to rot from the ground up (quite literally) she has decided to take matters into her own hands and create beauty out of what it rejected and broken. A true inspiration and light onto her country. Check out the property…. 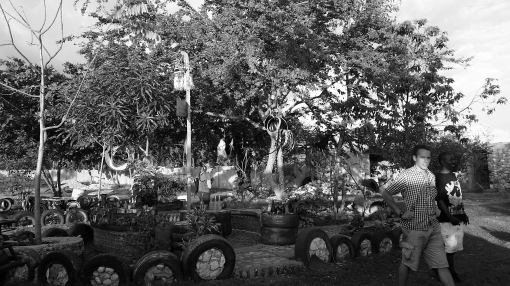 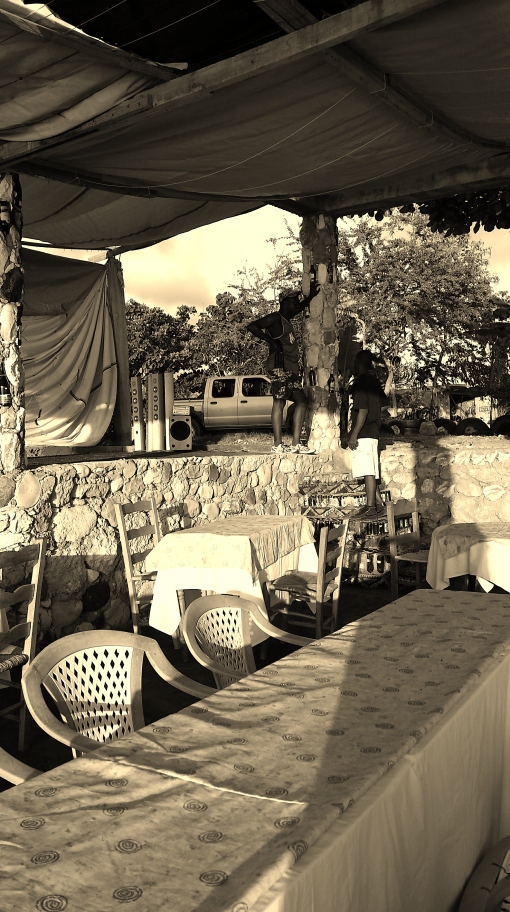 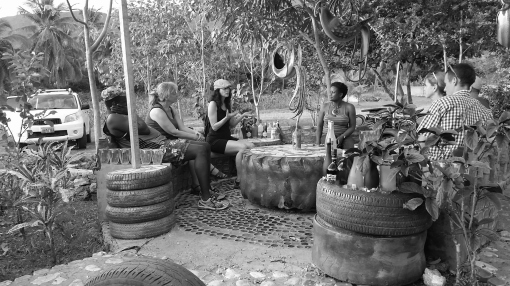 They say a picture is worth a thousand words. I’m hoping that my photos will do the talking for me in this post. I continue to be amazed inspired by the generosity and hope that exists in the people of Haiti. 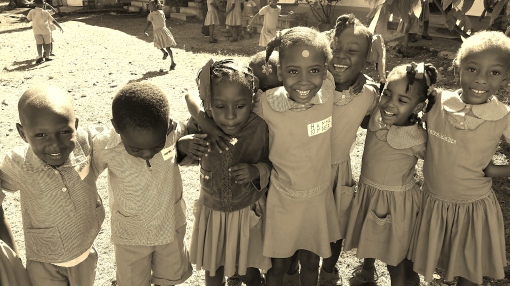 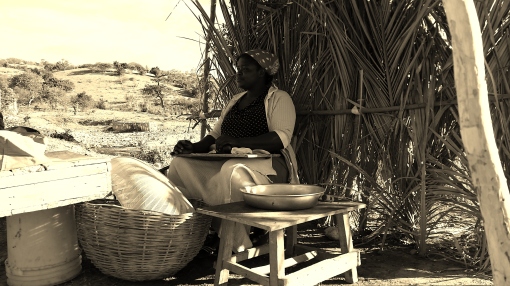 Sept 11 from the Town Square

Avalon.  My home town. A small beautiful oasis located on the Jersey shore. As I have grown up I have truly come to embody the words of Bon Jovi. “Who says you can’t go home. There’s only one place they call me one of their own.” I love going back home where I have family and neighbors who love me. A place where I am not just another face in the crowd. If you are every in Jersey please stop through Avalon for some good old fashioned hospitality. Promise we don’t bite:)

Check out some of our town gems:

Kohler’s Bakery: A local favorite that we’re quite proud of. Sadly they are only open between Memorial Day and Labor Day. If you stop in you absolutely must try the cream filled donuts. 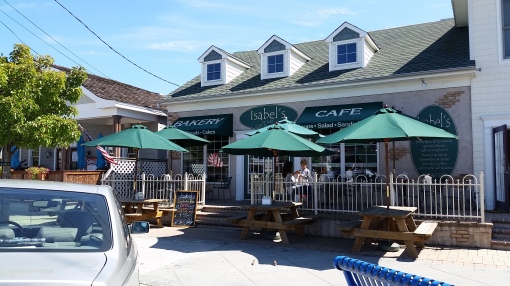 Isabel’s: Another local bakery that we are also proud of. I personally love their ham and cheese croissants. 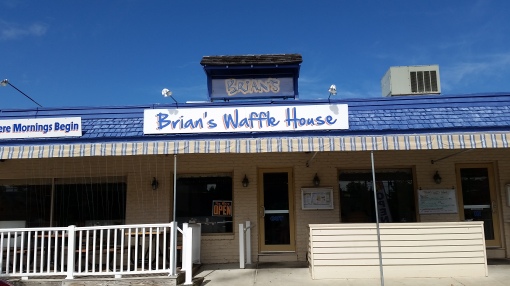 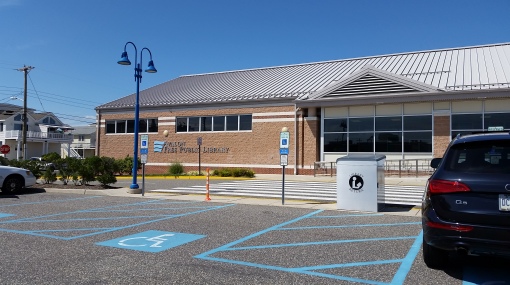 The Princeton: Local watering hole. If you’re located anywhere on the north side of the island you can walk home from the bar. Just saying’. Be safe!!

Avalon Seafood Market: Of coarse if you you’re down the shore you’ll need some seafood. 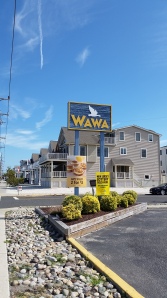 Next weekend one of my favorite childhood book stores will close. I have so many fond memories of late night Harry Potter book launchings from this quaint unique store. I will truly miss it. Amazon and Ebay are great resources, but this week consider buying a book from a local book store to help them stay in business for future generations.

Aloha blogosphere!! I am currently writing to you from Hawaii, as I wait for Iselle to hit the coast of Maui. I have been here 48 hours, and already I am a completely different person. Much more mellow than when I arrived. Sunny skies and clear blue waters will do that to you.

My first day was spectacular. I took a morning swim, ate lunch on the south side of Maui at a local hot spot called Eskimo Candy. This place is known for it’s seafood chowder and ono fish, both I highly recommend.  I then spent the evening over in Lihaina taking in the beautiful scenery that royal Hawaiian families of old used to marvel at.